South American river turtle, also known as the Charapa turtle or Arrau turtle, is an endangered species found in the Amazon Basin. This species is the largest of the side-neck turtles with adults reaching nearly three feet in length. This turtle is a vegetarian, feeding entirely on plants. The South American river turtle’s nesting habits are very similar to those of sea turtles. Like sea turtles they gather in huge numbers at suitable nesting areas to lay their eggs.

Despite its spines, the short-beaked echidna is preyed upon by the dingo, Tasmanian devil, fox, various snakes and lizards, and various birds of prey. The goanna, the generic name for any of several Australian monitor lizards of the genus Varanus, is a common predator of the echidna. 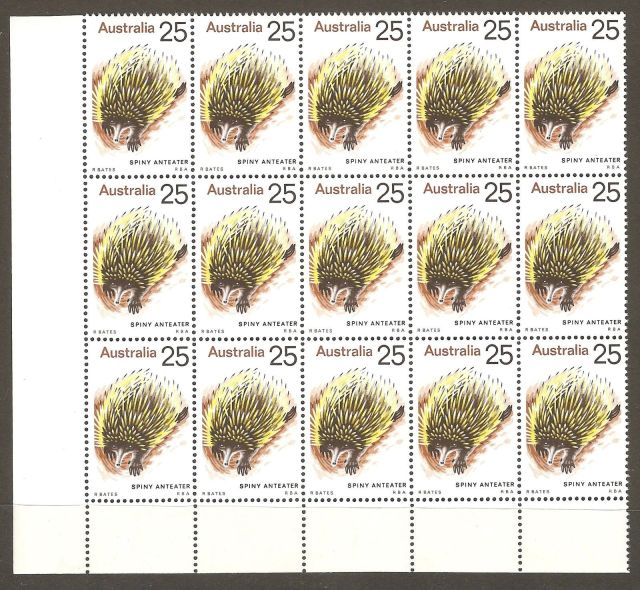 The short-beaked echidna is an iconic native animal of Australia and appears on several Australian postage stamps and coins. 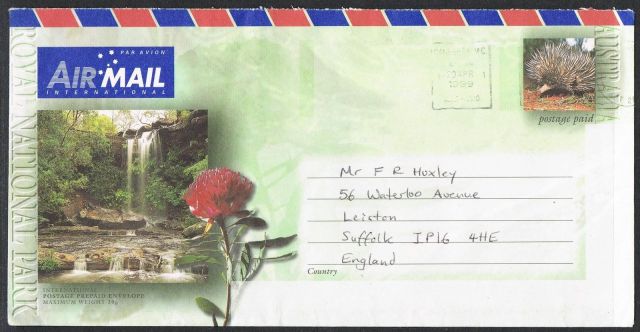 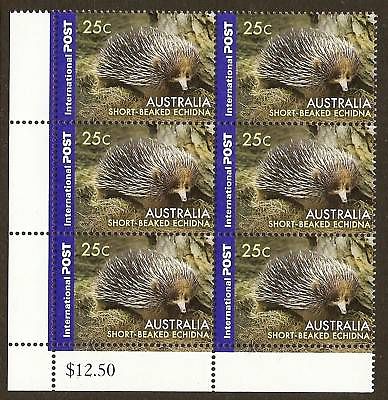 The duck-billed platypus (Ornithorhynchus anatinus) is an egg-laying mammal endemic to Australia. The platypus lives near rivers and is an excellent swimmer, spending much of its day in the water foraging for food. The platypus feeds on freshwater invertebrates, including insect larvae, annelid worms, shrimps, and crayfish.

The duck-billed platypus is one of five species in the order Monotremata. Monotremes are mammals that lay eggs instead of giving birth to live young. The eggs of monotremes are similar to those of reptiles.

The duck-billed platypus is one of only a handful of venomous mammals. The platypus has a calcaneus spur on its hind foot, and on the male this spur can deliver venom composed largely of defensin-like proteins. While the venom can kill smaller animals, including dogs, it is not lethal to a human; however the pain associated with envenomation can be excruciating. Only the male platypus produces venom and venom production increases during breeding season, suggesting that its primary function is related to breeding activities. The platypus has a single breeding season each year; with mating usually occurring between June and October. 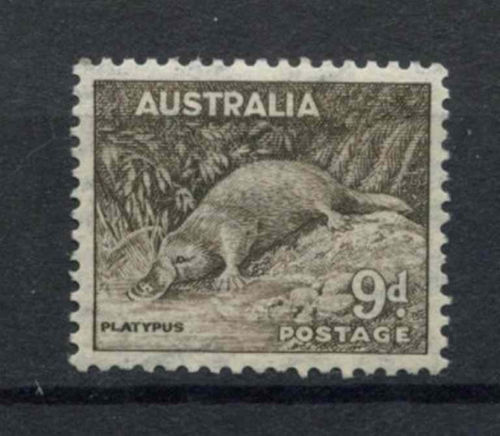 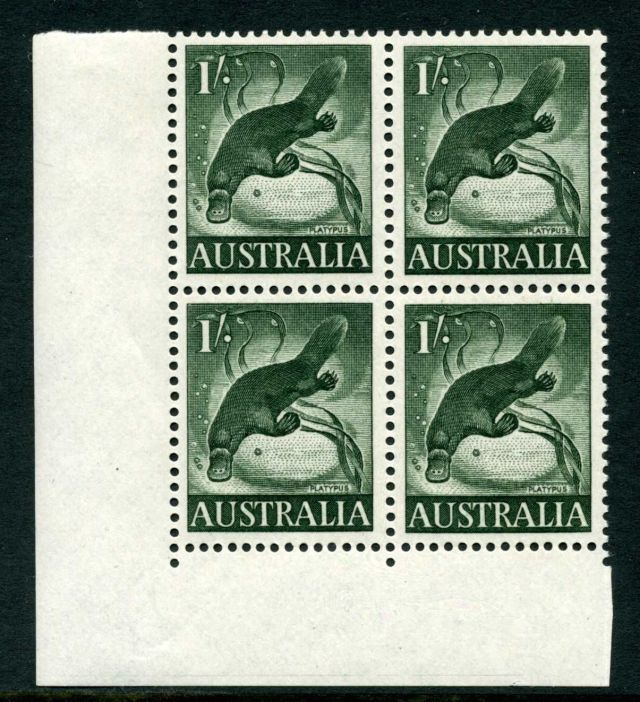 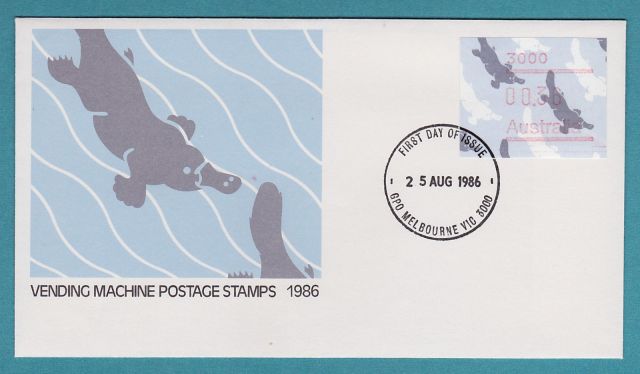 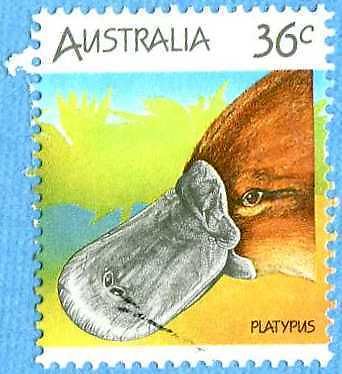 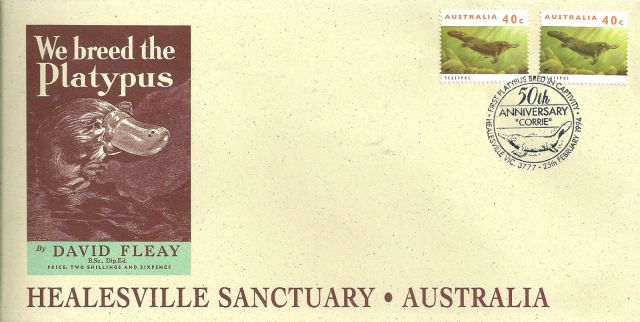 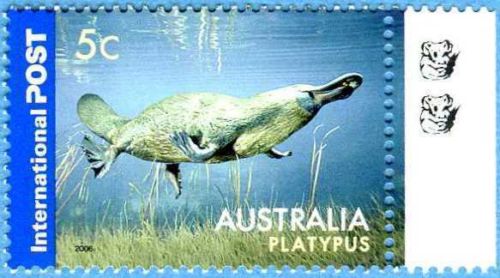 The duck-billed platypus is an iconic symbol of Australia, but has also been featured on the postage stamps of other countries, including Laos, Mali, Benin, Hungary and Grenada. 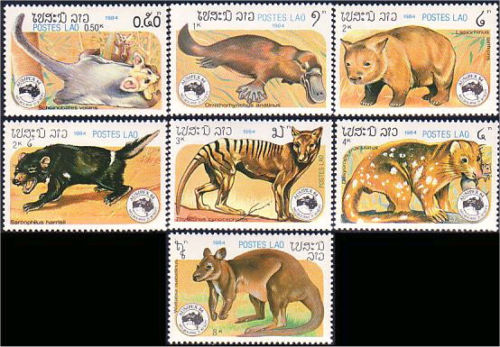 There are also other non-postage stamps (referred to as “Cinderella” stamps) that feature the duck-billed platypus (Ornithorhynchus anatinus). Below are a few examples:

Horse Stamps From Around The World

Archaeological evidence dating to approximately 3500–4000 BC has been found in Ukraine and Kazakhstan suggesting that human domestication of the horse first took place in central Asia prior to 3500 BC. However, the DNA of domestic horses suggests that domestication may have occurred in more than one place and from several different wild horse populations. Today there are more than 300 horse breeds in the world.

Only two non-domesticated horse subspecies, the Przewalski’s Horse and the Tarpan are known to have existed and only the former still survives. A small wild population of Przewalski’s Horse (Equus ferus przewalskii), also known as the Mongolian Wild Horse, exists today in Mongolia, as a result of the wildlife conservation efforts of the world’s zoos in the early 1990s. The Tarpan or European Wild Horse (Equus ferus ferus) at one time was found in Europe and Asia, but became extinct in 1909, when the last Tarpan died in a Russian zoo.

Below are several examples of some of the first horses presented on postage stamps: 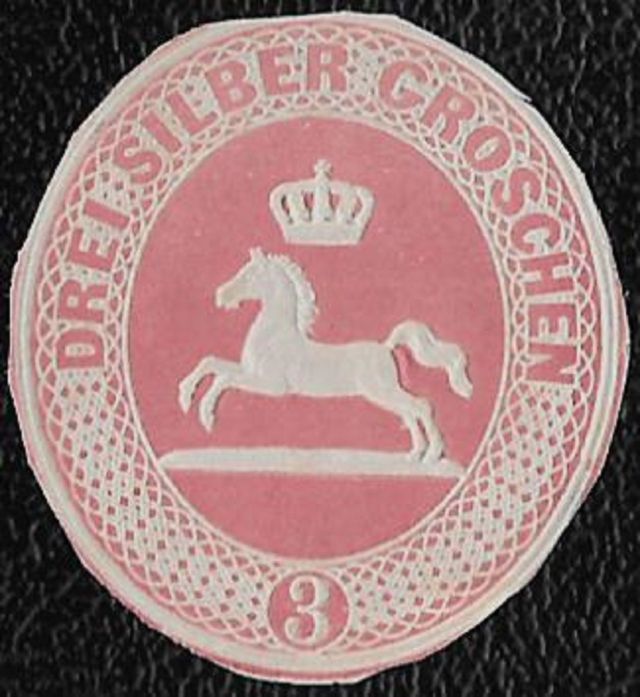 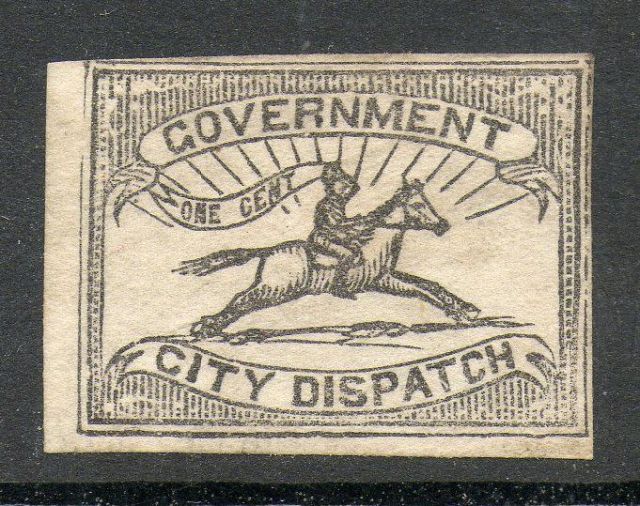 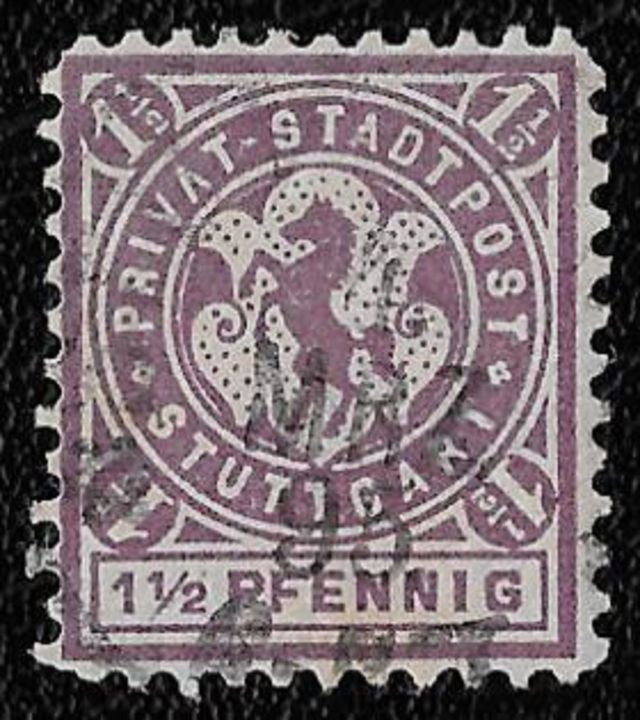 Some modern stamps featuring the horse are shown below: 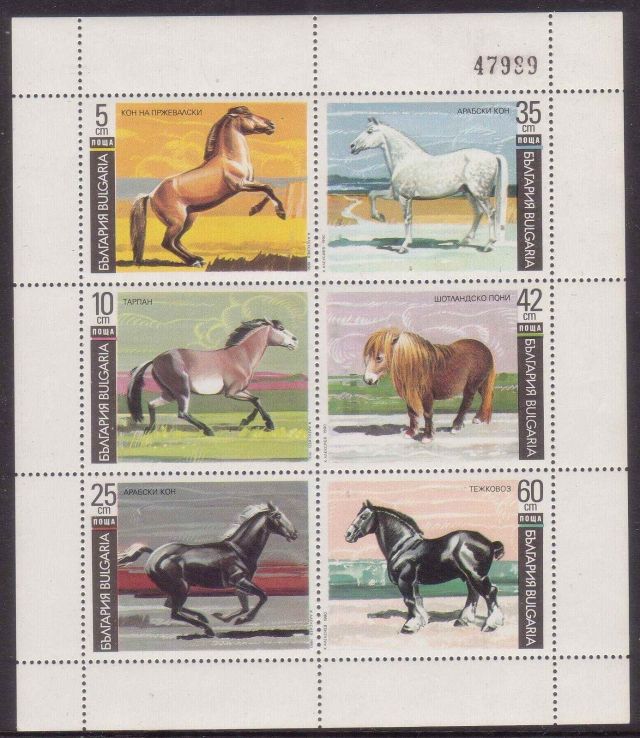 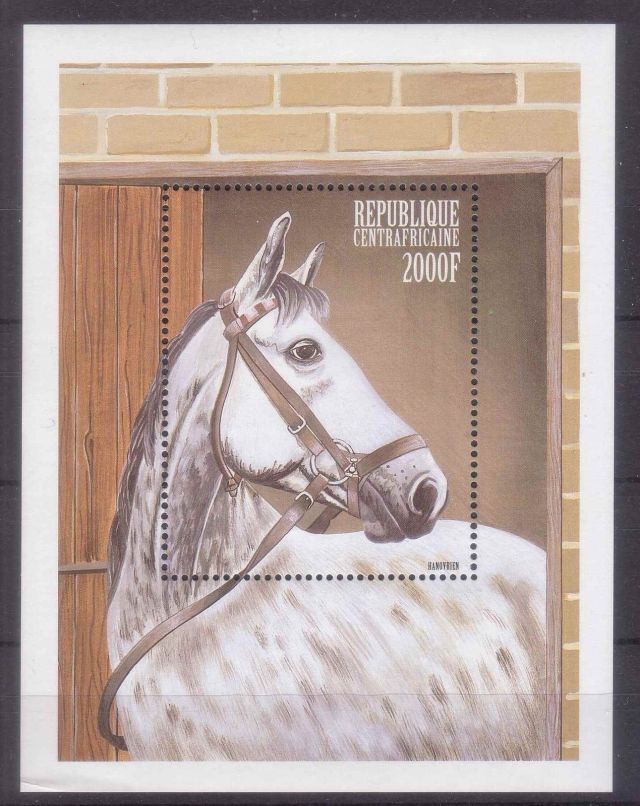 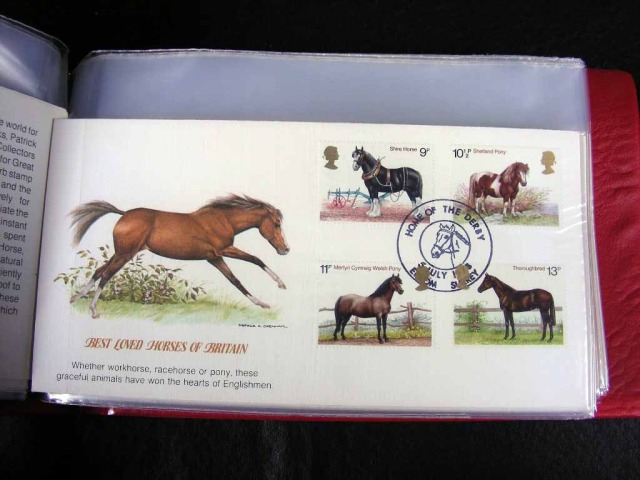 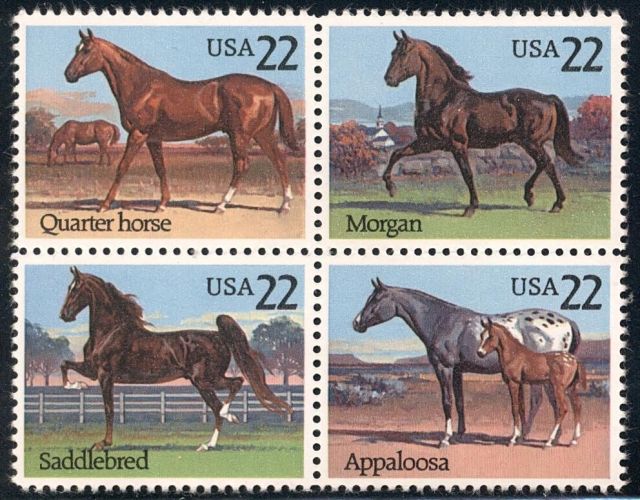 Frogs from around the World

AQUATIC RIVER FROG (Amietia vertebralis, formerly Rana vertebralis), also called the ice frog or large-mouthed frog. This species of frog is found at high altitudes in South Africa, Lesotho, and Natal. This frog lives in cold streams and rivers. Adults are able to breathe efficiently through their skin and can remain submerged for several days at a time. Both adult frogs and tadpoles have been observed living under ice during the winter and this species is intolerant of high temperatures.
Breeding season runs from mid-September to February. Eggs are attached to submerged vegetation in shallow, slow-flowing streams or pools with sandy or stony substrates is. The tadpole has a wide, flat body, a heavy tail, and large sucker-like mouth for obtaining a firm grip on smooth rocks allowing this species to live in fast-moving water.
Adult frogs mainly feed on invertebrates, including gastropods and freshwater crabs, but also eat other prey such as smaller frogs. Tadpoles eat infusoria and detritus.

Breeding season occurs during the rainy season from spring to late summer. The male frog’s call to the female sounds similar to bubbles rising up from the water, thus its name the bubbling kassina. This frog breeds in both temporary and permanent pools of water, but favors large, well-vegetated pools of water. Eggs are attached to the submerged vegetation and hatch into tadpoles within a week. The tadpole of this species of frog develops a rather high tail fin. The tadpole will complete its development within two to three months, becoming a small frog. During the dry season, frog can be found under logs and rocks and inside burrows of other animals.

AFRICAN GUTTURAL TOAD (Amietophrynus gutturalis formerly Bufeo gutturalis ) is a common species of toad found in the countries of Angola, Botswana, Congo (DRC), Kenya, Lesotho, Malawi, Mauritius, Mozambique, Namibia, Réunion, Somalia, South Africa, Ethiopia, Swaziland, Tanzania, Zambia, and Zimbabwe.
The African guttural toad is an highly adaptable species living in a variety of habitats including savannahs, grassland, agricultural land and near human settlement. The African guttural toad is nocturnal, hiding under rock or logs, or within a hole dug into the ground, during the day and feeding at night. This African toad feeds on a variety of invertebrates, including worms, insects, centipedes, scorpions and spiders and has also been known to eat small reptiles and amphibians.

The African guttural toad is part of the diet of a number of African snakes, including the Black-necked Spitting Cobra (Naja nigricollis), red-lipped snake (Crotaphopeltis hotamboeia), Common Night Adder (Causus rhombeatus), Angola Green Snake (Philothamnus angolensis). When attacked by predators guttural toad will exude a toxin contains epinephrine from its parotid glands. Although this can be fatal to small mammals, the African civet (Viverra civetta) also preys on this toad. Generally only the ventral parts are eaten to avoid the toxic parotid glands on the toad’s back.

This African toad breeds in permanent waterholes, such as streams and garden ponds. Eggs are laid in long strings of over ten thousand eggs. The tadpoles emerge after several days and metamorphosis into small toads in about two months. 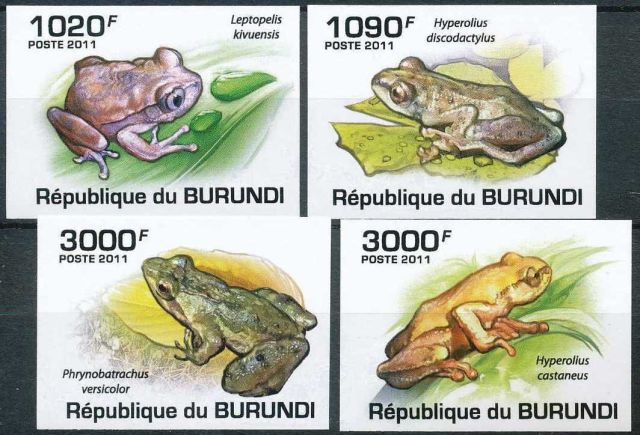 Four species of frog found in the subtropical or tropical moist montane forests, grassland and swamps of Burundi, Congo (DRC), Rwanda, and Uganda. KISENYI FOREST TREE FROG (Leptopelis kivuensis), Hyperolius castaneus and Hyperolius discodactylus are three frog species in the Hyperoliidae family. Phrynobatrachus versicolor is a species of frog in the Petropedetidae family. 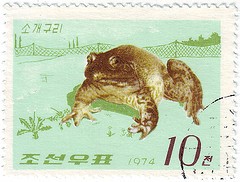 Montserrat 2006 WWF Stamps – GIANT DITCH FROG (Leptodactylus fallax) is a large frog native to the Caribbean islands of Dominica and Montserrat. Known locally as the Mountain Chicken because of its large size and the fact that this frog is hunted for food. The Giant Ditch Frog is one of the largest frogs in the world reaching nearly 10 inches in length.

The Comoro Islands are made up of the four major islands in the volcanic Comoros archipelago. These islands were formed by volcanic activity and contact several active volcanos. The Comoro Islands provide an ideal underwater habitat for the cave-dwelling coelacanths. The island’s underwater volcanic slopes form a system of caves and crevices. During the day, the African coelacanth will rest in these caves at depths exceeding 100 meters. Here the cooler waters reduces the African coelacanth’s metabolic activity and the caves offer protection from strong currents, both help this prehistoric fish conserve its energy. The caves presumably also offers this fish protection from potential predators.

The African Coelacanth is a primitive lobe-finned fish reaching about five feet in length and weighing over one hundred pounds. Due to recent overfishing by local fisherman, this fish is a critically endangered species.

The superb lyrebird (Menura novaehollandiae) is endemic to Australia, found in the forests of southeastern Australia. The lyrebird’s diet consists mainly of small invertebrates that it finds on the forest floor or in rotting logs. The male lyrebird has an elegant tail, containing sixteen feathers, with the two outermost feathers forming the shape of a lyre, for which the bird gets its name.

The superb lyrebird is well-know for its extraordinary ability to mimic a variety of sounds. Lyrebirds imitate the songs of many other species of birds, as well as less natural sounds such as those of an electronic shooting game, a car alarm, a chainsaw and a camera shutter. Oddly, both male and female lyrebirds sing, although the male sings louder and more often than the female.

The King Salmon Wildlife Conservation 3 cent Stamp, Scott # 1079, was issued by the United States in November of 1956. This beautiful stamp is shown above on a first day issue.

The King Salmon (Oncorhynchus tshawytscha) , also know as the Chinook salmon, is the largest species of salmon found in the Pacific Ocean. The King Salmon is an anadromous fish native to the Pacific Ocean and the river systems of western United States, northern Japan and Siberian. This spectacular sport fish has also been introduced to New Zealand and the Great Lakes of North America.

King Salmon lay their eggs in freshwater streams. King salmon eggs take 90 to 150 days to hatch, depending upon water temperature. The baby salmon usually stay in fresh water for 12 to 18 months before traveling downstream to estuaries, where they remain as smolts for several months before entering the Pacific Ocean. King salmon may spend from one to eight years in the Pacific Ocean, although three to four years is more common, before returning to freshwater rivers to spawn. King Salmon spawn in larger and deeper waters than other salmon species, usually between September and December. After laying its eggs, the female King Salmon will guard the nest from up to 25 days before dying.

This is a 70 franc World Wildlife Federation Stamp from Brundi, Scott #599, containing an image of an African Cheetah from 1983. The African cheetah (Acinonyx jubatus)is a carnivore, eating mostly small mammals weighing under 80 pounds. such as the springbok (Antidorcas marsupialis), the Thomson’s gazelle (Eudorcas thomsonii), the Grant’s (Nanger granti), and the impala (Aepyceros melampus). The African cheetah runs faster than any other land animal on earth reaching speeds as high as 75 miles per hour. The cheetah inhabits much of Africa and is found in a few spots in the Middle East, although its numbers are dwindling rapidly.

For more about Cheetah (Acinonyx jubatus)